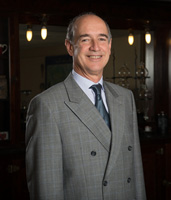 Brazilian born Angelo Oricchio grew up surrounded by coffee trees. In 1990, he was recruited by, and joined, Paramount Coffee Company, and moved his family to Lansing, Michigan. Since then, Oricchio has become a leading expert in sourcing and evaluating green coffee beans and the coffee roasting and blending process. He places high value on social responsibility, and through the years has developed strong relationships with people in coffee-growing regions throughout the world. Particularly special to Oricchio are the people of the coffee cooperative of Gashonga, located in Rwanda. Proceeds from the company’s Fair Trade coffees once helped to purchase 400 goats for the people in the village there, and today Paramount Coffee Company continues its support of the people in this coffee cooperative. 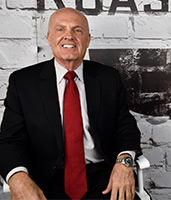 Steve Morris has been with Paramount Coffee Company since 1993, and he continually identifies innovative strategies for growth, such as the tremendously successful entry Paramount made into the specialty retail markets with creative packages and branding concepts. He developed a high-functioning sales team who shares his enthusiasm for excellence. Morris also created a leadership development program in conjunction with Michigan State University internship programs, providing students an avenue to receive practical knowledge, and for Paramount, an opportunity to train and mentor talented individuals who will someday lead the company. Morris has six daughters, seven grandchildren, is an avid golfer, and has completed nineteen marathons.
Contact us 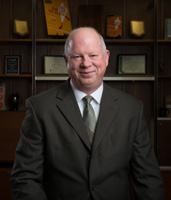 Robert Morgan has been with Paramount Coffee Company since 1992. In addition to leading the finance department and technology infrastructure, he has developed a talented and synchronized team that manages Office Administration, Human Resources, Graphic Design and E-Commerce areas for the company with his oversight. Morgan has numerous interests, and one of his favorites is reading about technology and organizational development. He is married with two sons and a daughter, and enjoys spending his free time with them. 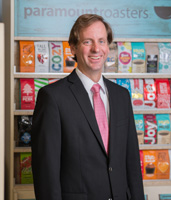 Rich Schaasfma started with Paramount Coffee Company in 1994 as a route delivery sales person. The many titles he’s held and his years of service at Paramount have enabled Schaasfma to develop a keen knowledge rarely seen in the coffee industry. He is highly respected for his commitment to quality and service, and plays a major role in market growth for Paramount Coffee Company, both in Michigan and nationwide. When he’s not working, Schaasfma enjoys anything that gets him outside, including hiking, kayaking and even taking to the sky, learning how to fly.
Contact us 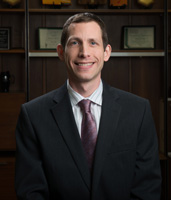 Dave Epkey has been with Paramount Coffee Company since 2003. He holds a Bachelor of Science Degree in Accounting from Davenport University. In addition to overseeing the accounting department, Epkey manages the company’s distribution center and plays a major role in supply chain execution. In his free time, he enjoys golf and family camping trips along the Lake Michigan shoreline. 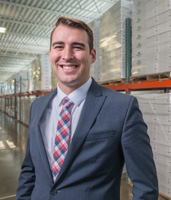 Chris King is a graduate of Michigan State University. Following a year as an intern in Paramount’s sales department, King officially joined the company in 2013, and spent his first two years with Paramount in Charlotte, N.C., developing the Southeast region. He is now based in Chicago and works with vending, office coffee and convenience store operators and distributors throughout the Midwest. King enjoys the city life, staying active and experimenting with anything having to do with coffee.
Contact us 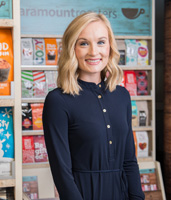 Kara Miencier holds a Bachelor of Communication degree from Michigan State University. She has been with Paramount Coffee Company since 2013, after spending a year interning in Paramount’s sales department. Today she is responsible for the private brand division, and serves on the Board of Directors and is the Events Committee Chair for the national organization, WISE (Women Impacting Storebrand Excellence). Kara enjoys staying active, baking her famous chocolate chip cookies and is a total dog lover, and thinks her Boston Terrier, rescued from the Midwest Boston Terrier Rescue is just the best.
Contact us 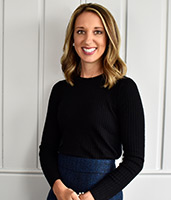 Lindsay Penberthy holds a Bachelor of Science with a major in Food Industry Management from Michigan State University. She has been with Paramount Coffee Company since 2009, after spending a year interning in Paramount’s sales department. Today she is responsible for the company’s branded division. She and her husband are proud parents of a rambunctious son and a fun-seeking daughter. Penberthy enjoys spending time with family and friends, as well as pursuing outdoor adventures with her family.
Contact us 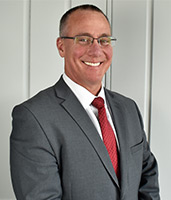 Lately, I've been experimenting with new brands. I've tried a lot of the smaller "hipster" companies…along with the bigger brands…. Anyway, I picked up a bag of Hawaiian Hazelnut…it is the BEST coffee I have ever had in my entire life. I'm a huge fan and I'm looking forward to being a loyal customer.